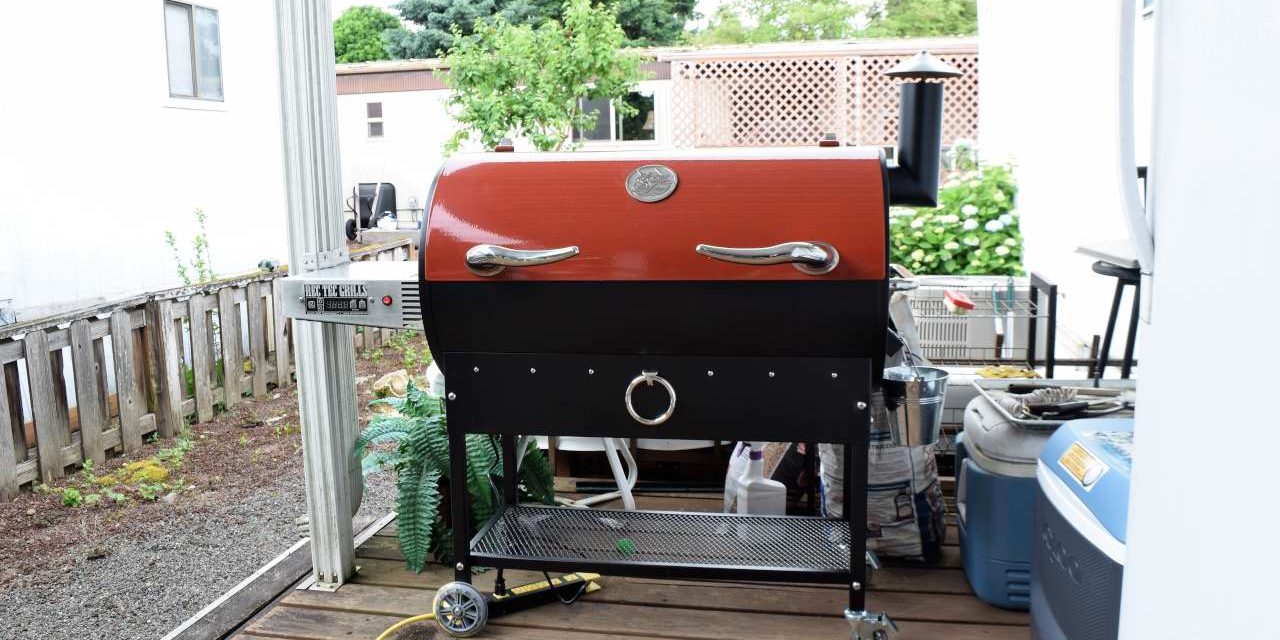 Just let me finish smoking this last one

It’s no wonder that primitive populations created smoked foods. There was no way to prevent it. Until they learned to expose raw food to heat without exposing it to burning wood, smoke flavoring was unavoidable. As a result, humans developed a taste for smoked foods and never looked back.

For all we know, our positive reaction to the smell of wood smoke has actually become imprinted in our DNA. For all the evolutionists out there, ancients that didn’t like the taste of smoked food stood a good chance of starving to death, and thereby failing to reproduce.

Barbecue/BBQ and its variants conjure up mental and olfactory images of family and friends enjoying time together. A cleverly aproned cook tends to a hardwood fire while grillin’, roasting, and otherwise charring steaks, burgers, and sausages. He happily enjoys a beer, or at least a soda or iced tea, both heavily sweetened. If you get within 1000 yards of a good barbecue you can smell that wonderful smoke and your mouth starts to water automatically–without ever having bitten into anything. If you smell the smoke, great BBQ can’t be far away.

Happily, there is another way to master the Q without requiring the services of a pulmonologist. Pellet grills have penetrated the BBQ market, seemingly with very little resistance. There is a lot to like about these things. You can completely dispense with the oak/charcoal/propane warehousing and just buy the conveniently packaged pellets, which are compressed sawdust.

And that’s not all!

Not unlike sous vide, you can accurately control the temperature. You can light the thing and WALK AWAY. Actually, you don’t even have to light it, you just push a button. Pellet Grills are more efficient with energy consumption and delivery than the traditional methods. We don’t have to feel quite as guilty about global climate change, if you should love owls or something. It would be nice to make real Q without releasing a huge amount of CO2 and CO into the atmosphere. Reduced Smoke Smoking! Oh, Sous-B-Q!

There’s a short learning curve, so you should take a look at your product every half hour or so until you get used to it. That beats checking the thing every five minutes to make sure you haven’t got a cremation chamber in the cabinet–or a chilly mausoleum. How many cases of beer have been consumed under the guise of tending the charcoal?

Simply put, if you process SV  below 140F/60C, carbon monoxide and nitrogen oxide will easily penetrate the surface during the smoking process–that’s what creates the smoke ring that pitmasters used to be so enamored of. The higher temperature, the more volatile those two substances become. Pitmasters apply this principle unknowingly, as they mop the proteins in the Q. This helps keep the surface below 140F, as I mentioned. For more information on smoke rings, visit HERE.

At that temperature, and below, via sous vide, you can pasteurize and tenderize your favorite BBQ item first–ribs, pork or beef, pork shoulders, PRIME RIB, chicken, etc. After standard sv processing, shock it down to 40F/4C.

Then, at your leisure, put it in the pellet smoker just long enough to provide flavor and bark–it will take about 2-3 hours to achieve internal temperature. This is instead of 8-12 hours or even more on the pellet grill.

Using Sous-B-Q, the high internal temps associated with even “low and slow” BBQ are no longer required. By traditional BBQ method, a beef brisket needs to achieve at least 191F internally, not so much to apply smoke, but to convert collagen and become tender.  At some point, the meat takes all the smoke it’s going to take.

Some components of smoke penetrate the otherwise air tight Ziploc bags that we use for Sous Vide, which is why you can smell it if you process something that’s already been smoked.  No, your bag is not leaking. Well, it might be, but that’s not why you smell smoke.

So what’s the problem?

Outdoor BBQ would be unlawful, or at least strictly regulated, if done on a really large scale. It requires the rapid oxidation of unrefined hydrocarbons, which is very hard on the environment.  If you don’t believe me, read a story about London in the industrial age.  The whole city was covered in soot because of the burning of wood and coal.

In the case of the traditional home BBQ, you’re burning those hydrocarbons in a very inefficient matter, and most of the energy generated is wasted. It never even comes in contact with the food, and, so, therefore, creates thermal pollution. People seem positively DETERMINED to heat up our cool little planet here, to the point where it is uninhabitable, but I promise to stay off the political battleground for now.

Smoke is not really healthy to breathe, this isn’t news.  There may not be nicotine in wood smoke, but other than that, it has most of the same toxic components as tobacco smoke. Chemically, there are differences between wood and other vegetable matter, but rapid oxidation releases a lot of the same toxic substances. Some of the components of Smoke  are extremely small, some less than .04 microns.  Meat, skin, your clothes, your LUNGS, and everything else become completely penetrated very easily.

Very few of the toxic components actually remain in the meat after processing–the problem is, we are exposed to the toxic ones as a result of our proximity to the fire itself. This is where we came up with the idea that we call Sous-B-Q ™. A way to synergize sous vide and hot smoking that would achieve the benefits of both technologies, without the accumulative toxicity of long term exposure to unrefined hydrocarbons.

Taking the fumes out of the flavor.

One CAN eliminate use of wood/charcoal fired equipment entirely and pursue similar results using a LOT of creativity and a little bit of liquid smoke. I know, BLASPHEMY! SACRILEGE! There isn’t enough Worcestershire sauce in the UNIVERSE to justify this! Indulge me, there’s hope at the end of this smokeless tunnel. We’re not going to start vaping meat! Maybe butter, though…

Fear and loathing in the smoking section

I have tinkered a little bit with liquid smoke –it’s really just made from smoke, in a sealed system. You can make your own but it’s not very efficient without sophisticated equipment to trap all the desired components. Even now, if I take a sniff of the open bottle, I still kinda get the urge to cough. That could be psychological, I suppose, but, it sure smells like real smoke to me.

Surprisingly, the most common mistakes made in the use of liquid smoke is applying too MUCH and at the wrong moment. Timing is very important–and later as opposed to earlier frequently gives the best results.  Even the hard core aficionados  of smoking know it’s not a simple matter of more is better.

We try to create products INSIDE the building, that, up to now, could only be created OUTSIDE the building.  Not to duplicate, or replicate, or imitate, but to INNOVATE. Simply put, after thousands of years of being exposed to it, people EXPECT smoke flavors in certain foods (and NOT in others). Smoking and smoke flavored foods will never go away. I’ve done a lot of this, and it’s good. Smoke actually masks some of the nuanced flavors in some cured meats, which was a sort of revelation to me. LOVE the way you smell…

Smoke is a substance, a THING.  It’s not a spirit, an idea, or a belief system.  It’s not a religion, although we talk about it as if it were. There is always suspicious resistance to alteration, and especially to replacement.  That’s the great thing about science.  It’s true whether you believe it or not. Sous-B-Q is not going to save the world.  Would that it could. But, Sous-B-Q could defeat the intent of large scale food manufacturers to monopolize the market for smoked food. Right now, as much as we love BBQ in this country, most people only do it for themselves on the occasional weekend, in the summer months. It’s a lot of work, and a lot of cleanup. Sous-B-Q really could change that.

Sous-B-Q is a trademark of Sous Vide Resources. All Rights Reserved. 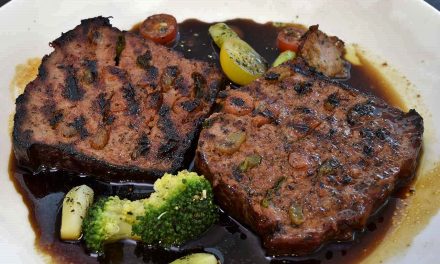 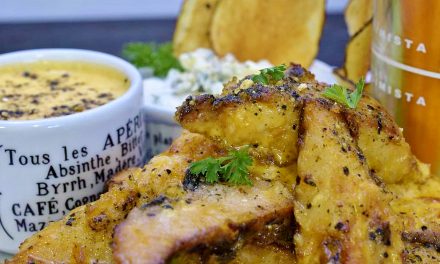 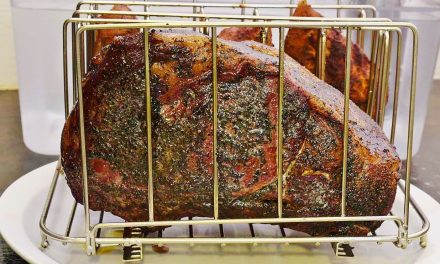