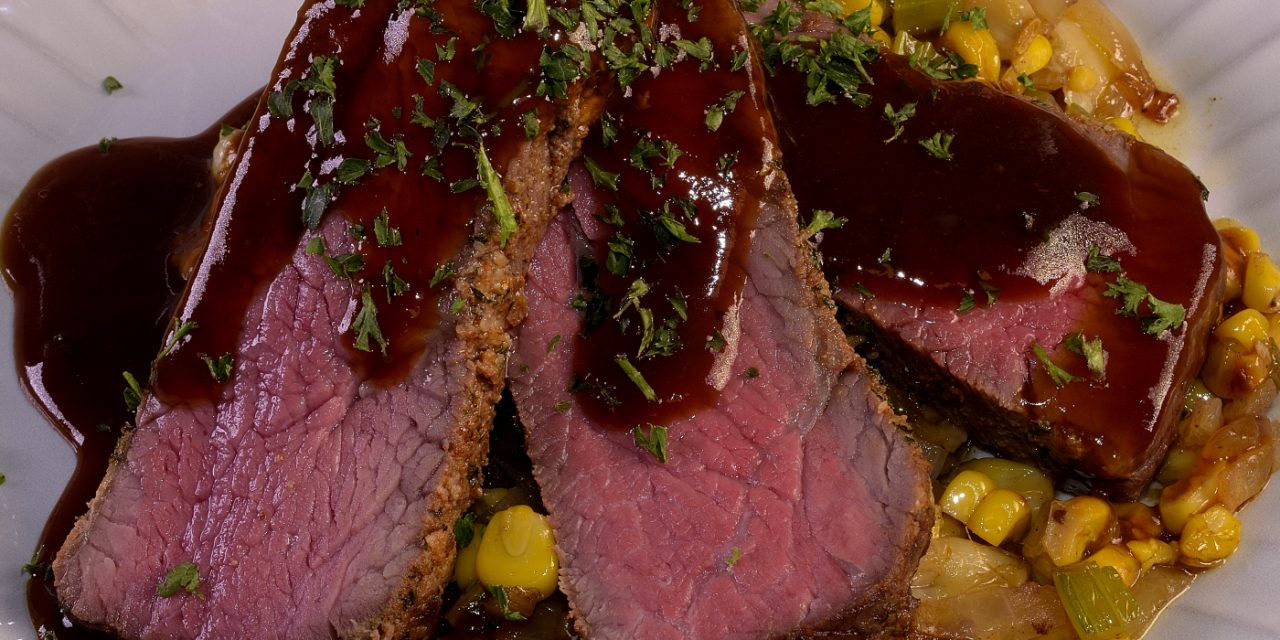 If you have read our recipe on SOUS VIDE TRI-TIP, or our article on WHOLE TOP ROUND, you may be in possession of some trim from one of these this sub-primal cuts of meat. Usually casually discarded, this commentary demonstrates how to turn these trimmings into a richly flavored stock or sauce.

Chefs and even newly dedicated “foodies” cringe awkwardly when they hear the word “gravy.” Gravy gets no respect–we tend to think of it as a sauce made by people who don’t know how to make sauce. Reluctantly tolerating use of the “G” word on Thanksgiving day, we do so only because we don’t want to hurt Mom’s feelings. There is already enough conflict and anxiety around the table on that mother of all holidays without micro-managing syntax.

As it turns out, even the best turkey gravies are actually made more like a classic French espagnole. Gravy doesn’t have to be bad–there is such a thing as “good gravy.” I am old enough to remember using that phrase as a form of exclamation, along with “good night, Nurse.” Long forgotten colloquialisms notwithstanding, there are varying levels of “graviness,” the upper echelons of which are at least good enough to exceed the quality level of the “mediocre sauces” served in many restaurants, if not more so. Spread the trim out  and oven roast at

Trust the method and do not open the oven for at least that first hour. The more you open the oven, the slower the process will go. Continue roasting the trim until it is fully rendered (see below). It should be crispy to the ginger touch, and there should be a considerable amount of clear fat pooling in the pan. Do not be surprised if the interval requires extension to two hours–just like in sous vide, time intervals are always results driven. Ultimately, the sous vide enthusiast must endeavor to learn the different levels of various forms of doneness. There is still no technology that will do that for us. How lazy we have become. Once the trimmings have become fully rendered, add four stalks of celery, two carrots and one onion, all coarsely cut. Stir just enough to coat the vegetables with the rendered fat–this is essential to achieve the required caramelization. Continue roasting for AT LEAST one more hour. As you can see, the vegetables have become caramelized and the trim is more or less the same color that it was when we added the vegetables. This is because adding ingredients cools the pan almost as much as opening the oven door incessantly. Once the vegetables are fully caramelized, add one 28 oz can of whole tomatoes OR one 6 oz can of tomato paste mixed with an equal amount of water. Wine is not necessary, but if you want to add some this is the time to do it. Continue roasting for at least another hour until the tomatoes are fully caramelized. Remove the sheet pan from the oven and allow to cool somewhat. Stage into a skillet or sauce pan large enough to hold the solid ingredients and 2 qt./2 l water. Bring to a boil and simmer for at least 2 hours. Strain the stock and expect to harvest 1 qt./1 l of well flavored broth. The stock can be seasoned and thickened at this stage to achieve what we typically refer to as “gravy.” As the unseasoned stock reduces, it will become richer. Un-thickened, it can be utilized as what we colloquially refer to as “au jus.” Reduced to 1 cup/225 ml, the stock will approximate demi-glace in body and color. Season carefully because there is already a certain amount of salt in the trim that you started with. 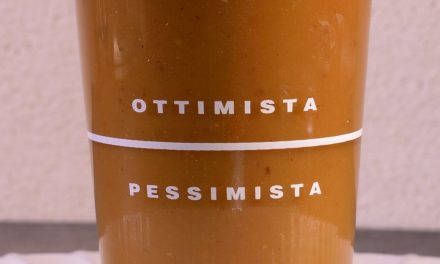 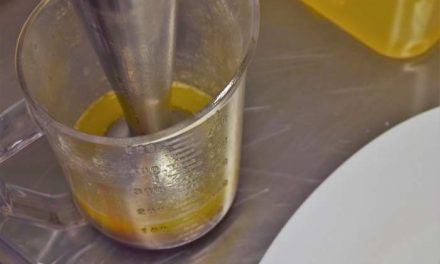 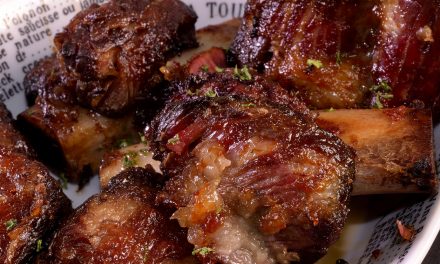